This is the first in a series of recommendations on who to follow in fintech social media. Stay tuned for more. #FintechFollowFriday

Financial technology is like a busy intersection in a huge city. Banking and finance runs east to west; from the venerable past into the unknown future. Traffic on that road isn’t as fast as it used to be, but it is dense and it stops for no one. Technology is the road that runs north to south; from the misty far-off territory of vision through the gridlock of development and finally into the gritty south industrial areas of implementation.

The place where they come together is packed, confusing, and it’s difficult to hear the message above the noise. These recommendations for who to follow on Twitter can help to establish a known traffic pattern; something that can be anticipated and followed if one gets lost.

Bradley Leimer is the head of innovation at Santander, and actually fills the elusive and difficult-to-define role of a fintech evangelist. His timeline is youthful, with clear interest in quantifying millennials as customers and viewing change as a constant as well as a good. He retweets often, but with an eye toward content curation. If you’re looking for thought leadership and a reading list, look no further.

Claire Cockerton is CEO and chairwoman of Entiq. Her timeline reflects a love for the possibilities of fintech and the good it can do in the world. She attends fintech events and often shares her thoughts or photos from them, so you can be there without being there, and she’s always involved in the Twitter fintech conversation.

Faisal Khan is the ultimate outside-insider. Khan is known as a consultant in fintech and one of the most accomplished answerer of questions on Quora. His timeline includes his blog posts, his podcasts, and his predictions about the payments market. If you like to think about what’s possible, follow Faisal Khan.

David Brear is the Chief Thinker at the Think Different Group, following up on a stint as director of digital banking at Gartner. Brear tweets an active and lively timeline about payments in the UK, as well as curating links on  banking topics. He’s included in the @FinTechMafia and his contributions are often funny or sardonic. If you follow too many dormant or automated accounts, add Brear to wake things up. 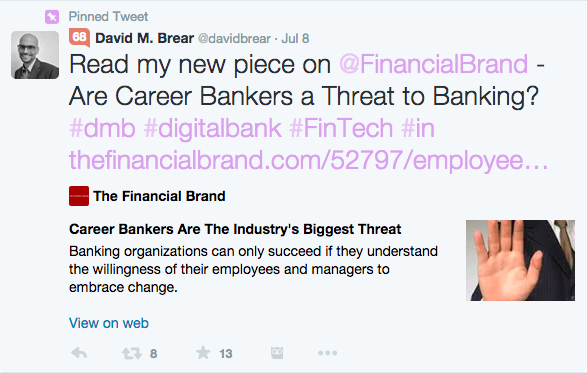 Brian Knight is an associate director at the Center for Financial Markets at the Milken Institute. His timeline is varied, not all fintech all the time, but a mix of interest-piquing content that centers on finance and banking. Follow Knight if you enjoy fintech insights with a sprinkle of sarcasm and the occasional joke.

Brett King is a an influential voice in fintech that you can actually listen to— thanks to his #1 rated radio show, Breaking Banks. King is also an author, founder, and innovator. His timeline brooks no nonsense, and often aggregates important news from multiple sources. Follow King if you want to feel the pulse of fintech in your timeline every day and have access to some of the best podcasts on the subject of moving money. 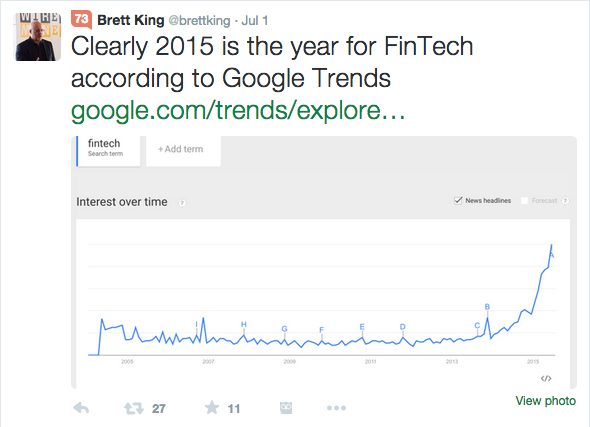 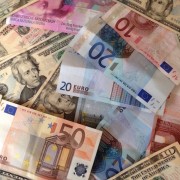 Accenture’s Jeremy Light: The Future of Payments is Real-time