The Facebooks and Googles of the world are getting rich off your data. Market researchers at PwC estimate that in 2018, companies that collect personal data to use for targeted advertising brought in $178 billion in revenue. Data brokers last year earned a further $21 billion. And these numbers are only trending up. By 2025, PwC expects the global data economy to be worth more than $400 billion.

So it’s about time we get in on the action, right?

END_OF_DOCUMENT_TOKEN_TO_BE_REPLACED

Does game theory apply to real life? It’s easy to fall into one of two errors:

Of course, human behavior is a combination of both elements: the mathematical structure of payoffs, incentives, and equilibria, the idiosyncrasies of culture, mood, and personality. Understanding both sides can be quite a superpower. I know people who made millions and bankrupted competitors by tweaking some small features of a public auction. This stuff is hard, but it works.

I took every available class on the math of game theory as an undergrad. Since then, I’ve been catching up on the squishy human part of the equation. There’s plenty of great research in this area, but the best way to learn about people is to observe them in their habitat. So when my friend Spencer told me that he’s organizing a live game theory party, I jumped at the opportunity.

I will break with tradition by not repeating the descriptions of common games that you’ve heard 100 times before, nor by deriving the rational strategies and equilibria. If you need to catch up on the math you can follow the links to Wikipedia etc. END_OF_DOCUMENT_TOKEN_TO_BE_REPLACED 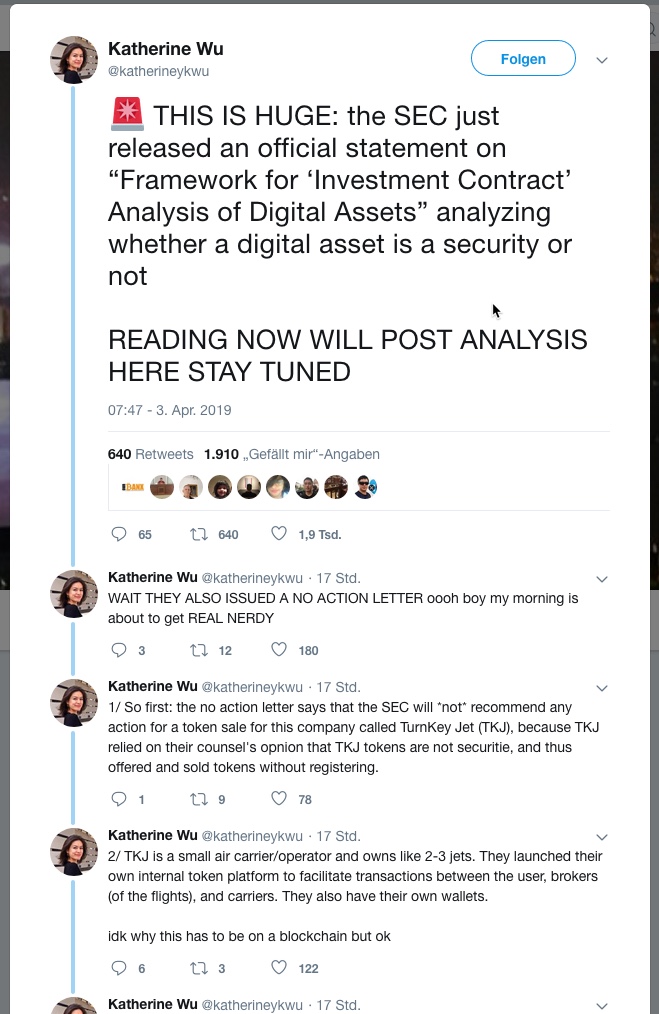 A Smart Guide to the Emerging Technology Wilderness: 1.01

The rules of blockchain:

Rule #3 — By the time you need blockchain, you won’t know you’re using blockchain I once had to brief the leaders of a large enterprise on “this blockchain thing.” Their customers were asking about it, and they needed answers. I spent hours with them. They managed to figure out how to spell it, but they weren’t getting it. I don’t think they ever really did. How “stupid,” right?

But here’s the thing. Those leaders are wickedly smart about getting 200,000 people to work together without running amok. They are smarter about that subject than I may ever be. (Not ruling it out.) END_OF_DOCUMENT_TOKEN_TO_BE_REPLACED