Speculation and risk-taking are essential features of all monetary economies and both are closely tied to the financial sector. History has shown that without appropriate rules, safeguards, and behavioral norms, financial markets become more prone to fraud, pro-cyclical excess, and crises. Occasionally, these crises take systemic proportions, threatening the stability of the economic system as a whole. In a worst case scenario, a financial meltdown can lead to an economic depression, extreme social divisions, or even violent political conflict.

There is no universal path to preventing financial crises from happening. In a fundamentally uncertain world where people are free to enter into financial contracts, systemic risk can only be partially managed. Economic conditions, technology, and human practice are all subject to change, and thus approaches to systemic risk mitigation must also evolve over time. In practice, this evolution is not always moving towards a more effective and stable state, as it is constantly affected by innovation, regulatory intervention, and the changing mental models and behavior of those participating in financial markets. This is equally true of traditional as well as the rapidly growing field of decentralized finance (DeFi).

A popular analogy for thinking about systemic risk in the financial sector is fire and building safety. Concepts such as architecture, structural integrity, safety standards, danger detection, contagion, compartmentalization, and emergency measures are all helpful in thinking about how to reduce the likelihood of systemic failures. While the analogy is far from perfect, perhaps there are lessons that today’s financial innovators can learn from the evolution of fire and building safety? Before turning to answer that question, here is a brief history using the United Kingdom (UK) and the United States (US) as primary examples (readers interested only in the main takeaways for DeFi can skip this historical overview and continue with the next section).

A Brief History of Fire and Building Safety

There are three key components to understanding the story behind modern standards of fire and building safety: (1) catastrophic events as turning points, (2) the guiding role of insurance providers, and (3) (self-)regulation aligned with technological innovation.

The first fire insurance company in the world, Hamburger Feuerkasse (Hamburg Fire Office), was established in 1676 upon the realization that earlier guild-based mutual aid arrangements were insufficient in dealing with fires that destroyed many businesses and households simultaneously. [1] Similarly in the UK, it was a large-scale catastrophe – the Great Fire of London in 1666 – that triggered the launch of the domestic fire insurance industry.

At first, individual UK insurance companies employed their own fire brigades and issued ‘fire marks’ to be displayed on buildings that were insured so that firefighters could recognize which ones to try and save first. Unsurprisingly, fire insurers quickly realized that the spread of fire could not care less about the distinction between insured and uninsured buildings. In London, they thus pooled their resources into a municipal authority that established a firefighting service willing and capable of effectively responding to fires no matter the location. Insurance companies continued to issue fire marks and were known to provide bonuses to firefighters who managed to save insured buildings by prioritizing them during fires but, at least in principle, the fire department was now serving the community as a whole. [2] [3]

Fire risk underwriters had a strong financial incentive to prevent fires from happening and insurance companies thus played a big role in the development of UK building standards. After a period of local fragmentation, first national building codes were established in the middle of the 19th century, including regulations regarding building materials, the height and thickness of walls, space between houses, and the design of fireplaces and chimneys. Surveyors were employed to make sure new constructions were built to basic requirements and insurance company representatives provided additional guidance when assigning risk premiums and assessing the safety status of insured buildings. [4] Since then, UK fire and building codes have evolved iteratively in line with developments in fire safety technology.

The general sequence of events was similar in the US, although timing varied depending on the region. The first fire insurance company was formed as early as 1732 in Charles Town, South Carolina. A couple of decades later, Benjamin Franklin played a key role in popularizing the perpetual form of fire insurance, and made important contributions toward fire prevention. The Philadelphia Contributionship – a property insurance company that Franklin founded – introduced different premiums based on individual risk assessments and refused to insure any building that didn’t meet certain construction standards, thereby establishing a synergistic link between private business and public interest. [5]

Over the next hundred years, although property insurance was becoming increasingly popular, US insurance companies often failed due to poor management and a lack of effective regulation. As a result, customers began demanding better oversight and stronger guarantees of the certainty of their contracts as well as the overall stability of the industry. In 1837, the State of Massachusetts became first to make it mandatory for insurance companies to maintain sufficient reserves, signaling the beginning of state supervision. Other regulators followed suit and, by the end of the century, some form of reinsurance had become a standard requirement for anyone entering the business, along with various other rules intended to protect consumers against irresponsible business practices by insurance company management. [6]

The end of the 19th and early 20th century became a major turning point in the history of US fire insurance. Tragic events such as the Great Chicago Fire of 1871, the Great Boston Fire of 1872, and the San Francisco earthquake of 1906 triggered re-examinations of conventional building and safety practices with insurance companies leading the effort in collaboration with public authorities. After the Chicago and Boston fires had wiped out many insurance providers across the country, there was a sharp increase in insurance premiums, resulting in the formation of many new companies. Local trade associations were formed in the 1880s to help coordinate between them while standardized policy forms were made mandatory in several leading states and eventually throughout the country. Perhaps most importantly, the National Board of Fire Underwriters (NBFU), which had been established in 1866, started a crusade against certain forms of construction that were particularly prone to destruction by fire. The understanding was clear: it was a lot cheaper to prevent fires than to deal with the consequences.

Between 1895 and 1897, a series of meetings took place in New York and Boston involving representatives of various fire insurance and safety associations as well as manufacturers of fire prevention technologies. The most important of these technologies were automatic sprinklers which had been commercialized already in the 1870s but became sufficiently effective and reliable in the final decades of the century. However, the benefits from technological advancement were limited because there were no unified standards around the production and installment of not just sprinklers but also other key elements of fire safety such as electrical wiring, water supply, and heating systems. Coordinating around such standards thus emerged as one of the most important tasks on the road towards effective fire prevention.

Two organizations in particular played a key role in the development of standardized fire and building codes. The first was Underwriters’ Electrical Bureau, later known as Underwriters Laboratories, which was established in 1894 by the NBFU to develop a unified approach to the safety of electrical technology through research, testing, and analysis. The second was National Fire Protection Association (NFPA), first organized in 1896 to develop a standard for sprinklers but later responsible for administering and publishing various other guidelines on fire safety. [7] Adhering to these increasingly uniform standards quickly became the most important factor determining fire insurance premiums. In 1905, for example, the use of appropriately installed sprinklers reduced premiums by as much as 50-60%. [8]

Having realized that paying losses was only a small part of the fire insurance business, US insurance companies thus established themselves at the forefront of fire prevention. Today, more than a hundred years since its birth, the NFPA continues to function as a nonprofit organization with over 65,000 members globally, including not just insurance providers but also engineers, elected officials, manufacturers of safety equipment, and other professionals whose input is relevant for the continued improvement of fire safety. To reduce regional fragmentation, the NFPA fire codes have been widely used as the basis for local building codes, which in turn provide essential guidance to architects, manufacturers, and the construction industry. [7]

By historical standards, modern methods of fire and building safety are extremely effective in preventing systemic damage from the spread of fire. However, it is worth remembering that many of these methods were met with considerable resistance when they were first introduced. Even today, fire and building codes remain an object of contention between various interest groups who stand to materially benefit or lose whenever formal standards and laws are updated. [9] But from a generalized point of view, the objective of these and other similar standards should always be to maximize safety over risk in a cost-effective way by relying on science, technology, and multi-stakeholder cooperation.

Systemic crises and risk mitigation are topics with a long history across finance, economics, and public policy studies. As DeFi grows and becomes increasingly integrated with the rest of the financial sector, constructively engaging with this tradition becomes more relevant. Doing so with an educated view on what makes the current technological and financial conditions unique will remain a challenge for years to come. Lessons drawn from a different field can serve only as a minor complement to this important work ahead. Nonetheless, here are some lessons for DeFi drawn from the historical development of fire safety, together with some general observations on financial innovation and stability: 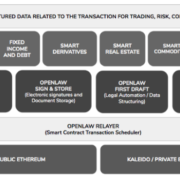 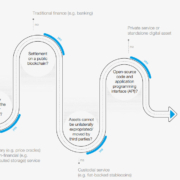 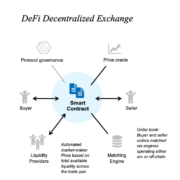 DeFi Beyond the Hype
0 Kommentare

Deciphering a Transaction on Etherscan